They sound as though they belong on a Caribbean island, but gazebos, pergolas, and cabanas have one thing in common – they enhance gardens the world over, providing shelter, adding a structural element, and just looking elegant and beautiful.

Gazebo, pergola, or cabana – which is the most suitable and the most attractive for your particular setting and style of garden? They share several features, but each structure also has specific properties and is traditionally used in a unique way.

Are you looking for a private retreat in the corner of your garden, do you want protection from the sun at your poolside, or do you want an architectural feature over your patio which will provide support to a leafy creeper or vine? Some great options are available, so look at how best you can bring the Caribbean into your home.

Gazebo Vs. Pergola Vs Cabana – A Comparison

Gazebos and Cabanas are closely related, and the origin of both can be traced back 5000 years to ancient Egypt. The first recorded pergola dates back to 1400 B.C., also to Egypt. It is a type of gazebo, but because it is a more open structure is more common in dry climates.

Definition Of A Gazebo

A gazebo is a freestanding structure, usually but not always hexagonal or octagonal in shape, sometimes open-sided but more often with a fence-style low wall around all but one or two sides. It is often raised slightly above ground level, has a roof, and may include built-in bench seating around the perimeter.

A gazebo is often found in public parks and, whether there or in private gardens, is positioned to provide a view to those relaxing under the roof. If you want to make it a little more visually striking you can consider adding veranda pillars rather than plain wood. 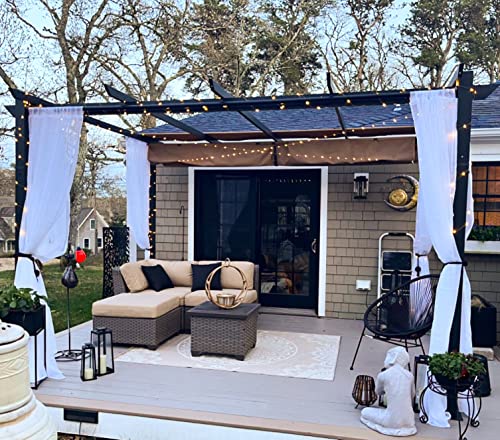 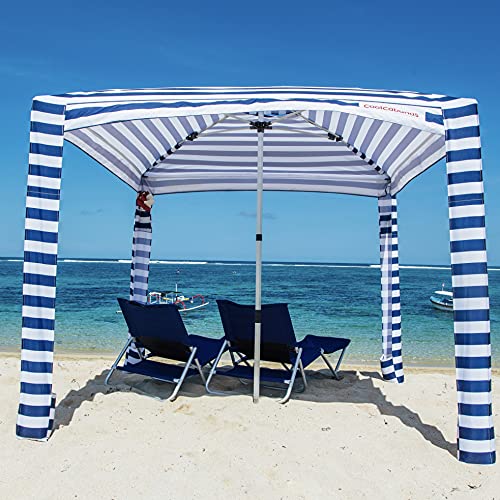 Definition Of A Pergola

A gazebo is a separate structure from the house, and a pergola may also be but is very often attached to the house. It forms an extension of the living area or is used to cover a patio or walkway.

The traditional pergola is characterized by wooden or more ornate concrete uprights supporting a framework of beams. It has either no roof or a flat, latticed roof which provides limited protection from the sun with dappled shade.

A Pergola With A Roof Is Aso Known As A Pavilion

A freestanding pergola can be enhanced by fitting a flat roof to provide shade instead of growing creepers over it, as with a traditional pergola.

The difference between a roofed pergola (called a pavilion) and a gazebo or cabana is that the pavilion remains open on all four sides. In contrast, a gazebo has low walls, and a cabana is fully walled on three of its four sides.

Definition Of A Cabana

Closely related to a gazebo, a cabana is, by definition, a waterside structure. Traditionally square or rectangular with a thatched roof, a cabana usually is walled on three sides. The fourth side opens out to the pool, lake, or sea. The name derives from the Latin word “capanna” meaning “hut,” but modern cabanas are much more luxurious than the name implies.

To summarize, gazebos and cabanas are both freestanding structures, both roofed and open on one side.

The Advantages And Disadvantages Of A Gazebo

A gazebo is possibly not an option in small gardens. Still, it is a beautiful garden structure, and if you have the space can be a perfect place to relax, enjoy a glass of wine, and read in a quiet corner of the garden.

Advantages Of A Gazebo

Disadvantages Of A Gazebo

Advantages and Disadvantages Of A Pergola

Pergolas have been an architectural feature of homes for over three thousand years. The name derives from the Latin “pergula,” meaning “projecting eaves” Simple or ornate, a pergola adds beauty and value to any entertainment area.

Advantages Of A Pergola

Disadvantages Of A Pergola

Advantages And Disadvantages Of A Cabana

While the word “cabana” conjures up tropical beaches or Caribbean islands, it more commonly applies to a poolside shelter, which may be elaborate but could also be a simple “hut.”

Advantages Of A Cabana

Disadvantages Of A Cabana

Deciding On A Gazebo Vs. Pergola Vs. Cabana

Which of the three garden structures best suits your home depends on several factors, some to do with the aesthetics, others to do with financial considerations.

Your Budget Is The Deciding Factor

If you have a limited budget, it would be better to build the best possible pergola than a mediocre, mundane gazebo. Remember that both have a similar use to provide additional outdoor living space.

Both, too, will increase the value of your property should you ever decide to sell. So, both are worthwhile investments – but a top-quality pergola will outlast a cheaper version of a gazebo and be more valuable in the long run.

While natural wood such as cedar is the traditional material for all three structures and is still popular, there are other options that should be considered when budgeting.

comes in a wide color range and is easy to work with.

The Size Of Your Back Yard Limits Your Choice

A gazebo in a garden is an architectural statement, but it needs a spacious setting to really impress. If it is too close to the house in a small garden, it will look out of place, and a pergola will be more in keeping with the setting.

A cabana, in terms of our definition, needs a poolside setting. Still, the same limitation applies – if the garden is too small to be able to fit a cabana, don’t make the mistake of squeezing one in. If your pool is directly in front of your patio, a beautiful pergola will be as effective as a cabana in providing entertainment space and will look a whole lot better.

It’s crucial, as we’ve mentioned, not to overdo your garden structure. It’s equally important to take advantage of an expansive garden, so in this instance, a small pavilion (or roofed pergola) would not do justice to the space. A traditional gazebo with its peaked roof, hexagonal or octagonal shape, and raised floor would be the best choice.

The last factor to consider is more to do with the investment value than the aesthetics of the garden structure you build. By that, we mean that if you’re living in an area of relatively modest homes with low average market values, it would not be wise to spend tens of thousands on an elaborate gazebo or cabana.

You’ll be overcapitalizing your property and will be unlikely to recover the expense should you decide to sell. Instead, go for a less expensive pergola that achieves the intended purpose of providing outdoor living space without costing a fortune.

There is some confusion regarding gazebos, pergolas, and cabanas. In fact, there is a somewhat blurred line separating them – pergolas are said to be a type of gazebo, a gazebo can be open-sided like a pergola, and a pergola with a roof can be called a pavilion!

We hope we’ve cleared up the confusion and trust we have succeeded. One thing is clear – a well-designed, correctly-proportioned, quality-constructed structure in your garden will raise your outdoor living experience to a whole new level without having to leave home!

We also have other Versus articles on the site if you have any more questions about the differences between outdoor spaces. Designing pools can get quite tricky, especially if this is the first pool that you own. Having a pool comes with all sorts of considerations… 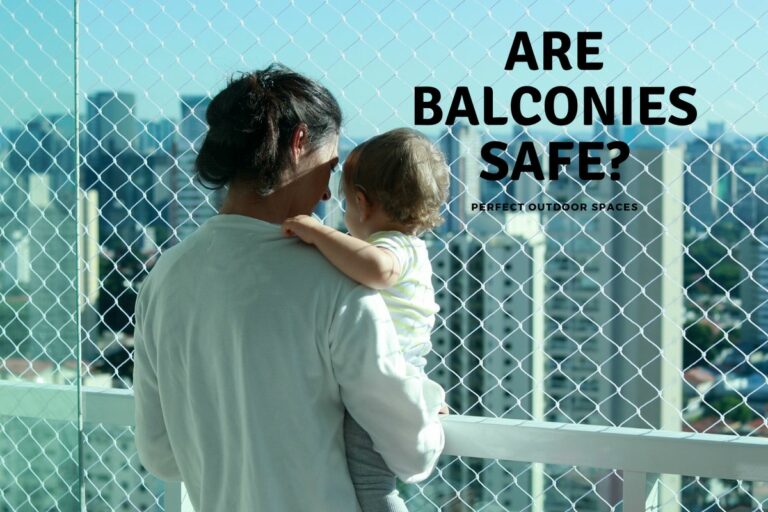 A balcony is a common feature in many homes and other building types, but many people are concerned about how safe these structural elements are…. Many appealing attributes of cantilevered balconies make them an attractive feature for any homeowner. If you are building a new home, you may want…

While pressure-treated wood is better suited to outdoor furniture as they are protected from the elements with UV-resistant sealants, it can contain harmful chemicals, so… Plants on the deck look fantastic and make your space look complete. It gives life to your deck and gives you some time to relax…